5 Easiest and Hardest Mounts to Get in World of Warcraft

by Cydney Valenzuela
in Gaming
0 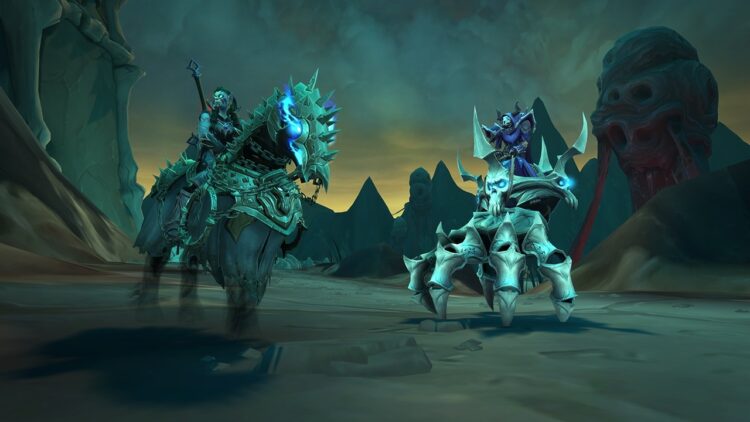 There are many things about World of Warcraft we can talk about, and whether it’s about the basics like the game concept or some tips and tricks on how to start your WoW adventure, players approach every WoW subject with a great level of enthusiasm. That enthusiasm perhaps best describes the significance of this game and what it means to all the players across the globe, and even though it was one of the first games of this genre, it surely is the only one that lasts for so long and about which there is still so much hype.

What makes WoW so popular?

The main thing about WoW is that it really offers endless possibilities, and once you start playing, don’t be surprised to spend hours without even realizing it.

Now, we all know that every beginning is tough, and leveling up can take some time, but there are several ways to speed up that process. One of the best things to do is to complete dungeons and quests, as it will give you soo much-needed experience, and you can also learn a trick or two about your character while completing them. Of course, the game is also about appearance, as certain items, objects, and mounts really look cool, but in order to get them, we need to play for hours or use a shortcut – buy WoW mounts boost. Boosts can be of great help and, since the offer of these boosts is pretty vast, it means that we don’t need to spend much, but doing some research is required.

The benefits of Mounts Boosts

As for what are the benefits, the answer is pretty simple. If someone doesn’t want to spend hours completing some quests or doesn’t have a few million golds to spare, the best way to get some Mounts is to buy WoW mounts boost. By doing so, you can get the mounts you always wanted, and since we all know that we simply need them, with boosts, you can get all that in a minute or so. Of course, if you choose the other way and want to obtain them through playing, you should know that some of them can be easier or harder to get, depending on the mounts you want.

First of all, we need to understand that we can get different PvP mounts, depending on are we playing Horde or Alliance, and we can get seven of them for each section. Buying them is easy because we can use Marks of Honor as currency for that, whose collecting is too difficult since we can do that by finishing various PvP tasks. As for the benefits of using this new currency, using it is simple, and it doesn’t cost that much. That is perhaps the main reason why so many players start with this one. Many of these activities do not require too much effort, and they are an interesting way to get mounts. The best thing is that we do not need to spend our WoW gold on buying them or spend hours and hours completing some demanding quests, which makes Marks of Honor PvP mounts one of the easiest to obtain.

If you need one for aquatic environments and do not know which one is the easiest to get, the answer is Darkwater Skate. Besides the fact that it can be pretty useful in these environments, it also looks pretty amazing, so having it in the collection is a must. It is true that you need to wait for the Darkmoon Faire event to obtain this mount, but it is not difficult as it looks, and all you need is 500 Darkmoon Daggermaw fish. Once you get them, you can buy this mount from vendor Galissa Sundew, and you are ready to use it. Fish can be found in waters around Darkmoon Island, and since there is plenty of it, you will not need too much time to complete the task. Besides that, there is a possibility of farming it in a few places or buying from the Auction House. Keep in mind that the third option is the most expensive one and requires a WoW gold.

In the past couple of years, we have become obsessed with dragons, and there is just something special about them that draws our attention and amazes us. A good thing here is that you can get one for yourself, and what’s perhaps even more important, it will take just a couple of minutes to do so. Okay, Bronze Drake might not be the best one visually, but still, having one will surely look cool and leave others thinking you got it from some pretty challenging and difficult raid.

What makes this Bronze Drake one of the easiest ones to acquire is the fact that it is a 100% drop chance, so if you want to look cool with your new mount and don’t want to spend hours on acquiring it, this one is a sure bet.

This one is probably one of the hardest to get because we need to reach Honor Level 500 by playing PvP to obtain it. It is not a mount for skilled players because it does not require a lot of it, but it certainly requires dedication and waivers since it is pretty difficult to reach more than one Honor Level daily. To win Honor, we need to participate in Battle Grounds and finis PvP World Quests, which require a lot of time. Even if we play this game daily, we will need almost two years to get the Prestigious Bloodforged Courser, which is a lot of time and effort for one mount.

Frenzied Feltalon is a reword for players who collect more than 400 mounts that can be used on one character. It is a great motivation to collect mounts but collecting more than 400 of them is definitely not an easy task, and it requires a lot of time and dedication. In order to do that, we need to play all the contents from the game, and skipping some of them is not an option. We need to go over the whole game and play each of its parts since it is the only way to become a great collector and obtain the Frenzied Feltalon.

How to Master the Mage Tower Challenge in World of Warcraft

Why Is the Dragon Tiger So Popular in India

Why Is the Dragon Tiger So Popular in India